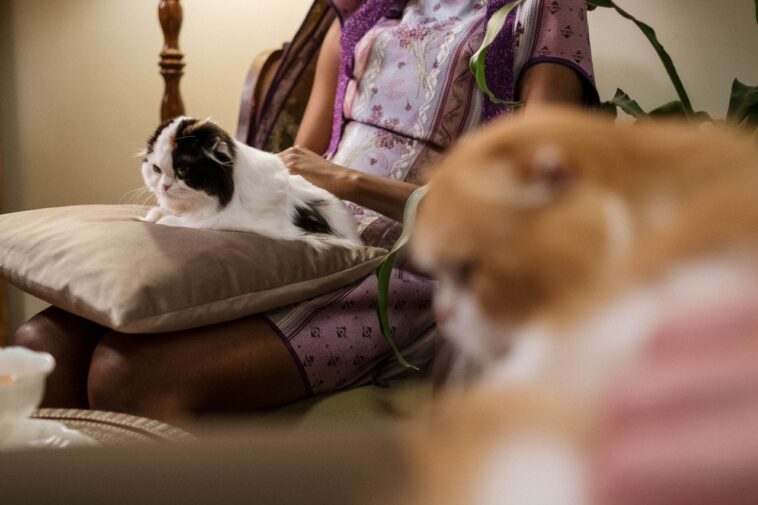 If you’re one of those who thinks cats because they’re independent animals are oblivious to jealousy, you’re so wrong. There is no doubt that domestic cats are more social than stray cats, but they all share a particular law of the strongest than breaking causes jealousy, quarrel and unrest.

Therefore, any change that alters the order of things your pet has become accustomed to will generate in it a feeling of neglect and being relegated to the background. More so, if he’s been the only animal in the house. If you want to figure out how to reverse jealousy in cats, keep reading, we have the solution.

We can define jealousy as the emotional response to what is perceived as the threat that can take away our own. Cats are not exempt from experiencing it when, for example, we welcome a new pet at home, change partners or are parents.

As you can see, they are situations that are part of the natural future of human life, that your cat may not fit with the same naturalness if you do not attend to certain precautions, aimed at preserving its role in the family as before.

If an animal of the same species generates its dethroning, the jealousy will be more evident, especially if the other cat is of the same age or not neutered. Seeing that another feline is playing with his toys and is sharing his space will only aggravate his sense of helplessness.

How do jealousy manifest in cats?

Symptoms that alert you that your cat is jealous have to do with behavioural changes that can compromise your health if, for example, inappetence lasts over time.

In turn, accumulated stress can trigger urinary and gastrointestinal disorders that will require the vet’s intervention.

Among the most obvious signs of jealousy in cats are the following:

In short, they are behaviours that remind us of an angry teenager, with the need to defend the desperate their territory by feeling insecure.

What to do to avoid jealousy in mining?

At this point, it is advisable to discriminate whether the origin of your pet’s jealousy has to do with a human or another pet with which he is forced to live.

The actions you will need to implement are different, but they share the same spirit: to make you see no such threat and that you continue to retain its status in the family.

If your cat is jealous of a human

Ethologists agree that this so-called adversary must spray his clothes with feline pheromones to stop being considered a threat, or with your perfume for him to associate it with someone familiar and worthy of his affection.

You can also take advantage of the mealtime to dispense it or set aside a daily time to play with your cat. At the end of each “session”, it will be beneficial for you to reward your pet with their snack or favourite treats.

In this way, positive reinforcement will help you build a positive partnership of that moment and the adversary. After several days repeating this tactic, the opponent will no longer be, and your cat will start approaching it.

If your cat is jealous of another pet

This situation is more complicated, but it does not lack a solution. However, you will have to arm yourself with patience and plan a routine so that both animals are smelled, seen and finally have direct contact, always supervised by you.

We developed several theories in the article How to add a second cat to the home to address the inclusion of a second trauma-free cat. The priority is that you are exposing them to the presence of the other progressively.

Once again, feline pheromones diffusers will help you create a favorable setting. To smell and to be aware of each other you must move on to the visual phase to conclude with the most decisive, that of physical encounter, always in your presence.

Chances are they’ll get good and play cornering, it’s natural and tells you that everything’s fine. If this first physical encounter has passed without startle, you should gradually increase the time they stay together. You’ll be surprised to see how they get along better, and even sleep together.

An unforgivable mistake on your part would be to pay more attention to the new pet, assign your primal cat’s favourite space or lend it its toys. Given its pronounced territoriality, each must have an entire room equipped with its feeder, drinker, capita, sandpit, scraper and toys.

In short, jealousy in cats is as common as in people, and few experiences are more frustrating than feeling ignored. Luckily for you, your cat has nothing to worry about if you follow the guidelines we’ve provided in these lines.

I've loved cats ever since I was a young girl, and love to share my knowledge of them with the world! Thank you for reading ❤️ If you've got a question for me, don't hesitate to reach out.

Back to Top
Close